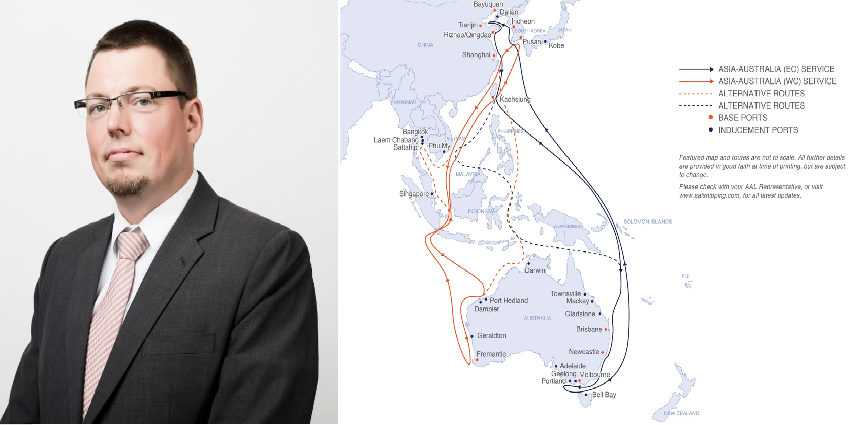 Global MPV leader AAL is boosting its scheduled North & South East Asia to West Coast Australia Liner Service (AUWC) to a monthly service with the addition of a second MPV vessel. The expansion comes on the back of very strong growth (16% in 2017/1018) for Western Australia’s $109 billion mineral and petroleum industry* – due mainly to rising commodity prices, stronger than expected export demand and growing local production.

AAL’s AUWC service has served the breakbulk and project heavy-lift shipping community in the region since 2006 and is the only MPV liner service between North Asia and the Australian West Coast offering regular sailings from Shanghai, Pusan and Kaohsiung to Fremantle as well as Port Headland / Dampier on inducement). The service currently employs tonnage from AAL’s owned S-Class MPV fleet (19,000 dwt and featuring a combined maximum lifting capacity of 700 mt). From next month, an additional S-Class will be deployed, to expand the service to a monthly rotation and provide additional capacity to support increased volumes of mining, oil & gas and infrastructure cargoes.

Frank Mueller commented, ‘The Australian economy and fortunes of many of our local customers are benefiting from a global recovery that began in 2017; increased spending in Asia; reviving commodity prices; strong steel exports to the US (worth roughly $210 million a year); and low interest rates around the world. We plan to support this growth and help our shippers to meet their trade demands by expanding our services portfolio when needed and maintaining a constantly high level of attention and customer service.’

Christophe Grammare concluded, ‘We are particularly delighted to be expanding the AUWC service, as Western Australian has taken its share of economic hits in the past few years. Unlike other carriers, who cancelled services during the tough times and left local shippers with few options, AAL has not wavered in its support of the region – something our local customers appreciate. This same philosophy of building customer trust and long-term partnerships is something we replicate in all our services around the world.’