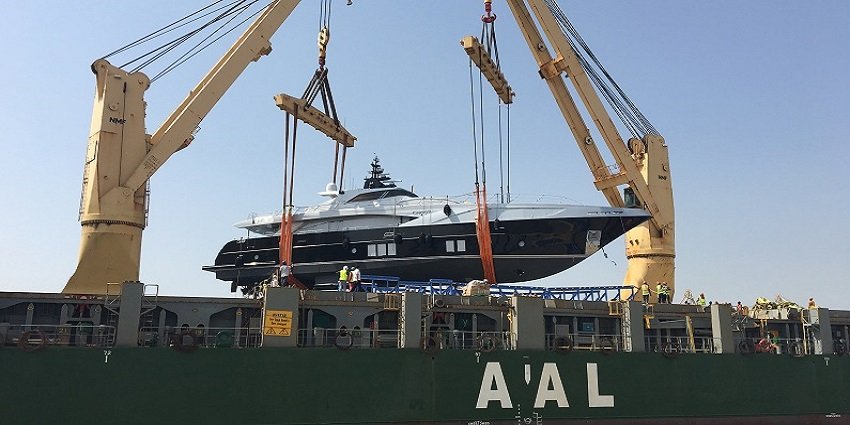 October 2015 marked the official launch of the specialist heavy lift project cargo and breakbulk carrier AAL’s Middle East Hub Office in Dubai, United Arab Emirates (UAE). Today, despite one of the most challenging periods in the Middle East and North Africa (MENA)’s recent history – with oil price instability and COVID-19 causing economic pressure on local economies – AAL is seeing tentative growth in cargo demand through the Middle East and has made a long-term commitment to operating a scheduled monthly multipurpose (MPP) sailing through the region in service of local shippers and project owners, as well as additional tramp sailings when required.

Given domestic and external headwinds, real GDP in the MENA region has been projected to fall by more than 4.7 percent in 2020, reflecting the widescale economic impact of COVID-19 and subdued activity in oil exporters and related sectors. However, fiscal responses put in place by a number of countries in the region, including Bahrain, Jordan, Oman, Qatar, UAE, and Saudi Arabia, are casting a lifeline to ongoing power and civil infrastructure projects and supporting local economies.

He added; “Whereas it is difficult to judge how effective these measures will be against a prolonged pandemic, the immediate affect has been more positive for a number of our customers in the petrochemical and liquid petroleum gas (LPG) sectors looking to move forward with projects and reinvigorating trade with Europe, South East Asia, and the Far East. We are also seeing growing demand and imports of general cargoes and even exports from the Middle East of steel and project cargoes to Asia.

“This is evidenced in the growing popularity of our scheduled ‘Europe – Middle East/ India – Asia Monthly Liner Service’ which has, since its launch in 2020, established AAL as carrier of choice with a growing number of local customers. They have not only appreciated the scheduled monthly integrity of our sailings, but have benefited from the economies of scale that our larger mega-size vessels offer and strong relationships we have in place with shippers and port authorities east and west of the region – which has significantly helped during this period of unprecedented cargo and crewing restrictions.”

Smaili concluded; “The landscape of the region is forever changing and challenges like those we see today dictate current operational and financial activity. However, the essence of the people I work with here every day does not change. Since the launch of our Middle East hub, the key factor to building trust has been the localised personal service we provide. The ability to talk and meet with local customers, respond to enquiries in a timely manner, and provide hands-on support during the lifecycle of their cargo shipments has been crucial – today, maybe, more than ever. Our Middle East hub office is further supported by a growing network of top local commercial representatives across the MENA region.”