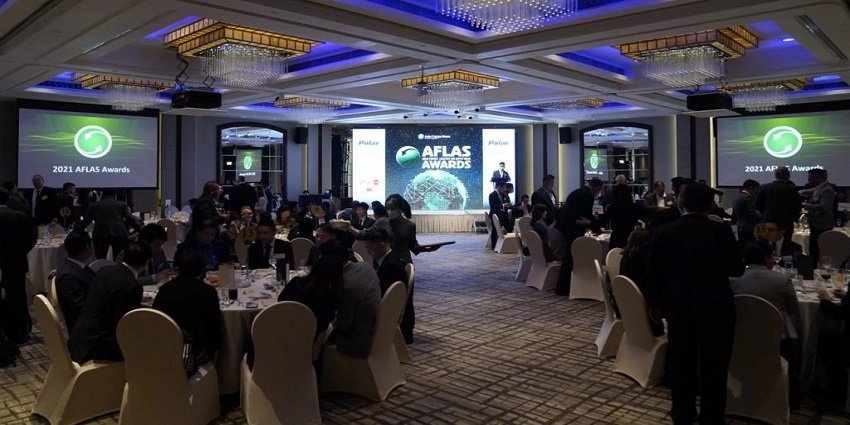 ‘It is a great honour to have been awarded this important title and testament to the efforts and professionalism of the AAL team, to continue providing such a highly regarded service in the most trying of years,’ explained Christophe Grammare, Commercial Director, AAL Shipping (AAL). 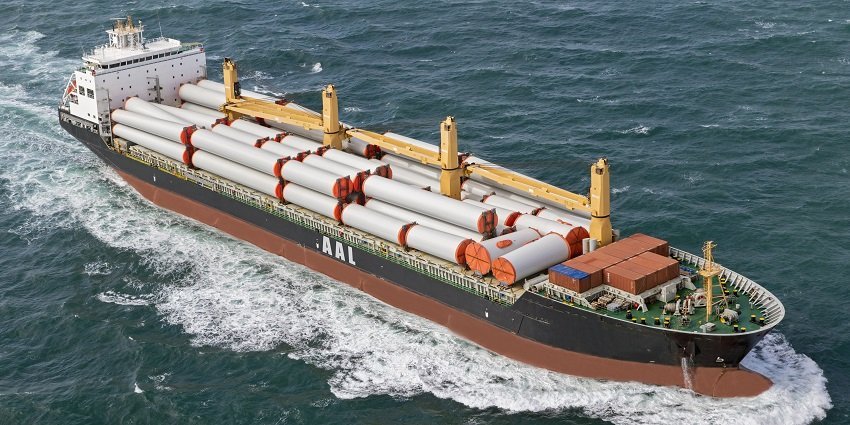 Specialist heavy lift project carrier, AAL Shipping (AAL) has acquired two heavy lift ‘mega-size’ 33,000dwt W-Class multipurpose vessels (MPVs) from the second-hand market, the ‘AAL Mars’ and the ‘AAL Merkur’. The vessels have been serving within the Carrier’s operating fleet worldwide on a commercial management basis. Along with four other acquisitions made by AAL over the past eight months – comprising two heavy lift G-Class MPVs (25,800dwt each) the ‘AAL Galveston’ and ‘AAL Genoa’ and two ‘mega size’ W-class MPVs (33,000dwt each) the ‘AAL Paris’ and ‘Grey Fox’ – these vessels have helped to grow AAL’s owned fleet to 569,600dwt and render the carrier control of 80 percent of its current 711,200dwt operating fleet.

AAL has also announced the progress of its ‘third-generation’ multipurpose (MPP) ship building programme. This will see AAL add a minimum of four mega-size heavy lift MPP vessels to its fleet – ‘premium heavy lift carriers’ featuring innovative design, heavy lifting gear, and optimised MPP cargo intake, and handling capability. They will each be 32,000dwt, with three heavy lift cranes (350t each and 700t maximum lift) and fully compliant with forthcoming IMO CO2 emissions regulations. The vessels will also feature other new technologies in line with AAL’s digitalisation and sustainability objectives.

Kyriacos Panayides, Managing Director of AAL, explained, “We have been planning our third generation building programme for several years now, patiently waiting until such time that market forecasts and projected cargo demand within key customer verticals proved sustainable for this kind of investment. AAL drew upon 26 years of multipurpose heavy lift operational experience to design innovative vessels that would not only accommodate all today’s multipurpose cargo types, but also handle the growing size of project cargo components being planned for key industry verticals like wind. The newbuilds will be deployed in support of our customers’ large-scale global projects both on our regular monthly trade routes between the Americas, Europe, Middle East, and Asia and our bespoke tramp solutions worldwide.”

He concluded, “In 2021, the MPP shipping sector has experienced phenomenal growth, despite still operating in the throes of the global COVID-19 pandemic and severe port congestion. As a project heavy lift cargo specialist, AAL continues to prioritise breakbulk and project cargoes and servicing the needs of our traditional and long-term customers. This fleet development strategy not only builds our capacity on core trade routes between the Americas, Europe, Middle East, Asia, and Oceania in support of these customers, but also gives AAL greater decision-making control of our fleet going forward.”

Following a change in bunkering costs within our trading area, we are adjusting the Bunker Adjustment Factor (BAF) surcharge for Breakbulk Cargo on our ‘Europe – Middle East / India – Asia Liner Service’ and with effect from Monday 18th October 2021.

The increased BAF surcharge only applies to Breakbulk Cargo, and is as follows:

The BAF surcharge for Containers remains at:

We are monitoring bunker prices closely and will advise you of any further changes affecting surcharges. Please do not hesitate to contact your AAL representative any for further information. In the meantime, we thank you for your continued support.

In service of our project heavy lift, breakbulk and dry bulk sector customers in Western Australia, AAL Shipping (AAL) has operated a scheduled monthly liner service between Asia and Western Australia since 2006, and Fremantle is an integral part of that operation.

September 24, 2021 we were made aware that the Fremantle Port Authority is proposing a new set of ‘Rules’, known as the ‘Inner Harbour Scheduling, Berth Efficiency Guidelines and Rules of Engagement’. Not yet set in stone, these proposed Rules have been forwarded by the Authority to interested parties for comment and input.  Having studied the document in detail on behalf of our customers and stakeholders, we are concerned about several key areas and wish to share them with you.

One of the most damaging parts of the proposed Rules is the introduction of a maximum permitted berth time of 5 days.  As you are aware, with the complex nature of our project heavy lift and breakbulk cargoes combined with a high cargo demand from local shippers and traders, AAL has required an average berthing time of 10 days.

In addition, the Rules further propose that any vessel can be instructed to vacate its berth immediately at the sole discretion of the Port Authority and lists several conditions for this, including when a large container vessel might arrive and require berthing itself.  Even though the Port Authority already has the power to order vessels off their berths, as seen recently with the AAL DAMPIER, such definition will significantly increase the possibility that this becomes a regular occurrence and disrupt the entire cargo operation of general break bulk vessels utilising common user berths.

Clearly, both points highlighted above strongly favour RoRo and container carriers over general cargo and breakbulk, and yet are being lobbied for in the name of port efficiency.

Should Fremantle Ports implement these Rules, AAL would have no option but to pass a portion of the increased costs involved to our customers. In support of the customers and local industries we serve, AAL has objected in writing to these proposed Rules – citing the negative impact they would have on our own operations, as well as those of our customers.

Whilst the proposed Rules are under consideration, each of us impacted by them has the power to make their feelings heard and respond directly to the Fremantle Port Authority with their opinions.  For your convenience, we have made available online a full transcript of the proposed ‘Inner Harbour Scheduling, Berth Efficiency Guidelines and Rules of Engagement’.

We thank-you for your time and will continue to monitor the situation closely.