">
Sticky Post By admin Posted in Uncategorized Permalink
May 31, 2019 admin 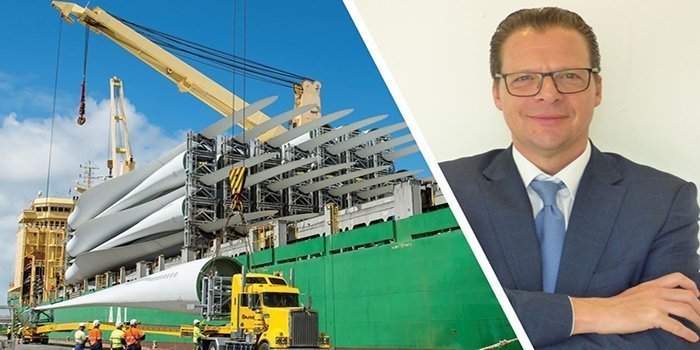 Following a string of new agency appointments and office launches across Europe – the most recent in Finland – global multipurpose and project heavy lift carrier AAL is strengthening those operations yet further with the appointment of Marc-Oliver Brockmann as European Commercial Manager. With 27 years in the project heavy lift cargo sector, Brockmann brings vast experience and a strong reputation for excellence to AAL’s Hamburg-based Team run by General Manager, Eike Muentz.

Spanning almost three decades, Marc’s shipping career has been with one company, the international breakbulk and project cargo broker, COLI Schiffahrt & Transport GmbH & Co KG. He started in 1992 as a Chartering Broker and got procuration in 1996. He was appointed General Manager of COLI’s Antwerp office in 2005 and, after his return, became Managing Director of the Hamburg office in 2010 and subsequently Managing Director of Korea Branch operations in 2013. He commented, ‘I grew up with COLI and during my tenure gained extensive knowledge of the project cargo market and particularly the trade between Europe and Asia – its ebbs and flows and key drivers. I hope now to share that expertise with AAL, an ocean carrier that I’ve worked with many times and highly respect for its professionalism and transparency in dealings.’

Eike Muentz added, ‘We are truly excited that someone of Marc’s calibre has agreed to spearhead our commercial and customer relations activity in Europe and help us to realise the next stage in our ambitious development strategy.’

‘Despite the market challenges that the multipurpose and project heavy lift sector has faced in recent years, AAL has managed to remain strongly independent and grow both its services and physical operations. In Europe, as with the rest of the world, we have built a reputation for actions and not words – delivering competitive solutions for our customers and putting their needs above all else. Not only is Marc ambitious and determined, but he shares our philosophy about customer service and its importance to sustainable business development.’